Support North Shore by buying tickets in the Toyota Good for Footy Raffle. North Shore will get to keep 100% of the proceeds, and you’ll go into the draw to win some amazing prizes, including three brand new Toyotas. Now that’s Good for Footy.

We’re fundraising with Entertainment. For a limited time only, purchase a Single City Membership and get a FREE upgrade to Multi City! Discover more everyday with offers across dining, travel, activities, shopping & more. Begin exploring and saving across 21 cities and regions in Australia and New Zealand at nearly half the price today.

Farewell to an Old Friend, Life Member and a true character of the North Shore FNC

It is with a very heavy heart that a true gentleman, life member and long life supporter of the Club has passed away.

Ralph began his early association of the club many, many years ago back in the North Shore Little League days when his Father coached the Blues and his talented brother Kevin played. From then he progressed to playing junior football in our Junior sections before taking on umpiring.

Over approximately 58 years in his association with the club, Ralph was one to put up his hand for many tasks to help out wherever he could, including manager in the Junior sections, timekeeper for the Seniors for many years, and past players association leader.

Ralph was a “gentle giant” who never had a bad word to say about anyone and was a dedicated supporter through the good and struggling times of the club’s history. His cheekiness and smile will be sadly missed by all at the club. We are all better people for knowing and having him as part of our lives.

Condolences to Kevin and all of Ralph’s family. We know he will be sadly missed. Rest in Peace Ralph.

Played 249 games at St Marys, Played in Senior Premiership in 1979 vs Nth Shore

Why you may ask would an ex St Marys player want to come and coach a struggling Reserves side of an opposition that he had a great rivalry against for many years. Bruce was asked by a couple of our young Senior players who had made the move to North Shore several years ago and knew of Bruce’s ability as a communicator & passion to help young men if he would be interested in doing the job. Bruce put all the rivalry aside and accepted the job. He has integrated with all players and members as if he has been at the club for 10 years and is thoroughly enjoying the upcoming season to see where the club can go. He has worked at Shell/Viva  for 30 yrs + and is always the first to training, showing great enthusiasm around the club. He also stated one of the reasons was to help in getting North Shore back up to where they belong and winning again. So we would like to welcome Bruce to the Seagull nest and hope he has success with all his hard work that he is putting into the club.

Bruce was appointed coach of our Reserves in Season 2020 but unfortunately covid ruined the season. To Bruces credit he hung around for season 2021 and is part of the new coaching staff for this year.

Well we’re off and running. A narrow win in the lads’ first hit out was pleasing , but also alerted the coaches that there’s a lot to be learned between where we’ve been and where we’re going. Greg Dennis caught up with new club co-coach, Darren “Windy” Winter, after todays practice match against Bell Post Hill for this brief interview, the solemn words after the game made his expectations clear. Windy shared us a few minutes before he headed off with Nick to review some future opponents. First step off field is buying a membership. Get on board!!!

The North Shore Football Club are proud to announce Darren Winter and Nick Dixon as Co-Coaches for season 2021.Darren returns to the club after more than 20 years in Tasmania both playing and coaching, most recently with the Lauderdale Bombers leading them to the Tasmanian State League Grand Final three times in the last 11… 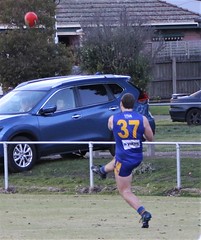 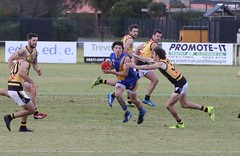 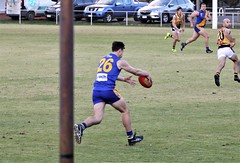 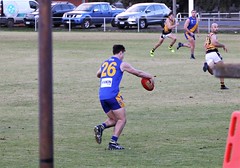